After graduating in Architecture at the Lisbon Technical University, the architect João Falcão de Campos worked with several remarkable architects in Italy and Switzerland. Later on, he opened his own studio and since then, he has collaborated with Siza Vieira and Gonçalo Byrne, on a regular basis. He regularly attends conferences and seminars and is a regular speaker and he has won many important awards in the field of architecture - 1st Prize in the 1st and 3rd Edition of the Municipal Prize of Beja (1997 and 1999), Special Mention Public Space BIAU '08 - VI Iberian-American Biennial of Architecture and Urbanism (2008), AICA Award (2013), selected in the IBERIAN-AMERICAN PANORAMA OF WORKS OF IX BIAU - Iberian-American Biennial of Architecture and Urbanism (2014), FAD Architecture Award (2014), among others. He is also a visiting professor in Portuguese and foreign schools. 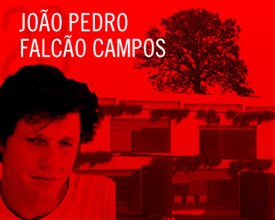