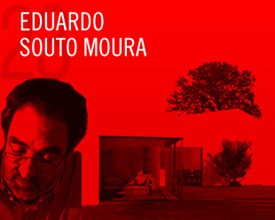 He is one of the most prestigious Portuguese architects and also one of the most recognised: 1st Prize in the I Ibero-American Biennial (1998), Secil Award of Architecture - 1st Prize (1992, 2004 and 2011), Pritzker Prize (2011), Wolf Prize in Arts (2013), among many others, both in Portugal and abroad - along with Siza Vieira, with whom he collaborates regularly. He received his degree in Architecture from the Oporto School of Fine Arts. He regularly attends various European architecture schools as a visiting professor and he participates in seminars and conferences in Portugal and abroad. His work has been quoted in various publications and renowned exhibitions.