Alcino Soutinho received his degree in Architecture from the Oporto School of Fine Arts in 1957. In 1957 he began his work as a freelance architect, which he stopped in 1961 to conduct research on Museology in Italy. In parallel, he worked at the Fundação das Caixas de Previdência, where he designed several sets of affordable housing in northern Portugal, until 1971.
Later he was appointed as Associate Professor and Emeritus Professor of the Faculty of Architecture of the University of Porto. He is a member of several Scientific Boards that publish works related to this field (magazines and books) in several countries. He was awarded the AICA Award (International Association of Artists and Art Critics, Portuguese section) in 1984 and the "Europa Nostra" Award" (International Federation of the Protection of Europe's Cultural and Natural Heritage) in 1982. He was also part of major architecture projects on a national level. 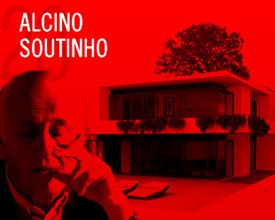